The Aroma Will Fade Over Time

After a fortnight in which we received some disturbingly positive comments from many of wargamings Twitterati, the usual gang of 7 return with a tentative foray into the actual real world as lockdown eases sufficiently to allow CLWC to reopen again and all of us to attempt social engagement in a proper face to face environment.

In a limited palette of painting this week Tamsin goes totally herbal in the hillsides, Dave chunters on about the Franks for the 600th week in a row, Simon finally cracks and joins the Perry Medieval Plastic Tribe, Peter discovers that Red is the new Gold, Adam thinks carefully about meeting strangers in a warehouse late one evening, Andy finds a hole to drive into and I end my decades-long addiction to Testors Dullcote in dramatic style.

The "What did you play this week?" section focuses on our first tentative steps with ADLG v4 in the real world against real opponents as we try out some of the theory from the previous episode and stress test it against harsh reality, and Andy's Quiz of course returns with a highly topical (if this had come out last Sunday) Eurovision-themed Italian Heavy Metal special.

(Adam was having audio issues this week, so apologies in advance for the iffy sound quality from his microphone)

In this week's epic episode we zoom in from the inky depths of Galaxy A41 to share with an already deeply v4-satiated world our initial incoherent thoughts on the list of changes for ADLGv4, adding almost nothing in the process to the tidal wave of excitement and analytical discussion already sweeping through social media like a somewhat garlic-infused tsunami of love and gratitude for El Kreator's latest issue.

There is also a little bit of chat about painting, a diversion into why buying 1/300th forests from Dunelm off the back of  spurious text-based recommendations on Twitter from complete strangers is sometimes a bad idea, why Germans tend to look less boring after they have had a wash (especially little ones), and a rather impressive foray into why making your own rocks is far better than just, erm, picking them up off of the floor. We also have time to squeeze in a spaced out version of Andy's Quiz notable mostly for the fact that Syphilis is a potential answer to every single question.

But, it's the V4 stuff you're probably here for - so press "play" and let's get on with the business...

The first ever v4 Army List Podcast hits the airwaves with a paella-infused deep dive into one of the brand new lists from V4 of the recently released rulebook, the Taifa ("Scouse") Kingdoms.

These Arab-led, Christian-featuring armies of pre-reconquista Spain bring a whole load of new options to the ADLG  tabletop, with both existing and brand new troop types to conjure with - and, of course, the classic Strategist El Cid.

We were lucky enough to be granted a pre-release view of this list, allowing us to record this podcast before we had our stickly little hands on the V4 rulebook so myself and my usual Army List guests Dave and Richard were able to bring you our thoughts only moments after the V4 book hits our doorsteps - with the caveat that we were slightly guessing at how some of the new troop types would actually work in practice!

The usual mix of list, history and figure choice all form a part of this, our first V4 Army List Podcast, and as usual the lists are available on the ADLG Wiki on Madaxeman.com 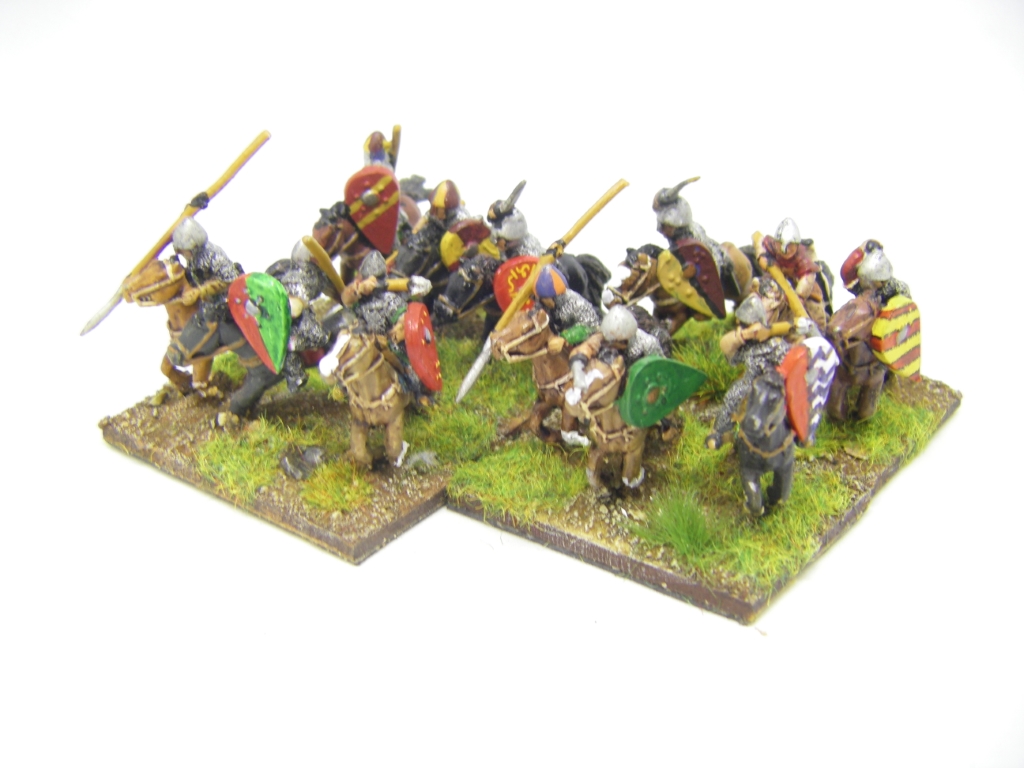