In this week's L'Art de la Guerre Army Building podcast I'm again joined by regulars Dave & Richard as we venture into the little-visited back of the book to take a gander at the Meso-American armies in an effort to see if we can pick some nuggets of golden Aztec goodness out of these rarely-seen army lists.

As usual we conjure up a variety of quite different lists, all of which manage to extract very different and intriguing play styles and approaches from what initially seemed the slim pickings of these later lists.

We also skip through the history of the region, consider whether these armies might be viable in open play, and debate if the addition of the Conquistador command to the Texcallans imbalances a pure Meso-American competion army pool.

In a brand new (and I suspect unique) tie-in, some of this week's list are also not only available to view on the Madaxeman Wiki, they are also available to buy in the form of ready-made, discounted army packs from UK-based manufacturer Fighting 15's.

Yes, hear the discussion then - if you like what you hear - there's now a simple one-click way for you to pick up 4 of the lists we cover all for under £40 a pop for 128 figures (thats just 31p each for those of you who don't like taking off your socks this early in the year!) 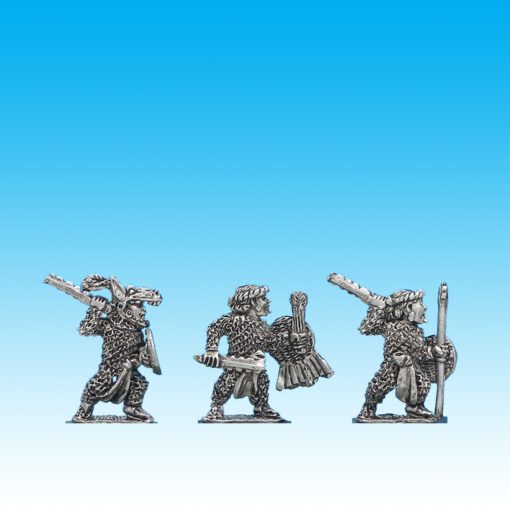 The 10th in the 2021 "UK Lockdown III" mini-series rolls into town with a rather lite painting week in which we are all rather distracted by the announcement of ADLG v4 coming out in the next few weeks.

Meanwhile the hussar-wing-glue debacle rolls on, an accidental company-level purchase of WW2 Artizan Designs paratroops somehow seems to happen without conscious human intervention, the Perry Twins make another £20 from us all with those black-undercoated medieval horsemen, Pitshanger Lane gets a double visitation, Dave's Magic Drawer of Left-Over Xyston Wonderment makes an initial bid for it's own theme tune and dedicated in-pod feature, Museum's Z-range get close enough to lose a little bit of detail and a flurry of Macedonians hit their bases at various points alongside the M40 elevated section.

In between this excitement we somehow manage also to fit in a quick session of "What are you hoping to find in ADLG v4 Santa's sack this Easter?", an episode of ISITYAA in which the venerable Humbrol Paint tin is proposed as the one and only true solution to the modern wargaming worlds slow subsumation into the iron grip of grasping corporate interest, and Andy's Quiz seeks to pull itself away from it's recent teenage obsessions with a whole new set of questions (and answers) for your delight and delectation.

In this weeks cavalcade of conversation the team assemble and then kick off with an immediate foray into the best tools to use to bend the legs on cavalry riders together.  A surprisingly lengthy chat about whether Ivory is a better colour for painting things white than actual white then diverts into the age-old question about deck white being better or worse than deck tan, rounding off with whether black-grey is a better black than, erm, black?

Atlatl pronunciation debates occupy us all briefly, as does the entire engineering and strategic developmental back story of the Japanese Navy in a single book. That then inexorably takes us through to finding out why the book "D-Day through German Eyes" is actually a complete scam from start to finish before we look at Museum Z-scuplt cavalry, and whether their Noddy hats all need to be painted red.

A 10mm Barons War-full of figures offered via kickstarter gets its' first-view, Wallenstein is broght back from the grave to cast his unevenly beady eyed at us all, there is a timely Podcast Team Vaccine Update, and in the smaller scales the best Vallejo options for ACW limbers are compared to the original soot and ochre.

Adam then yet again helms an occasionally almost-proper-discussion (but still mostly "offensive rant") ISITYAA this week, looking at the tricky topic of competition wargames, and more specifically explaining his theory that curing a few bad eggs (OK, getting a few bad eggs to follow his forthright and robust advice) would rehabilitate the image of the genre, or whether this idea, much like the idea of a cured egg, is just inherently whiffy.

There is a little more O-Group chat, some more ADLG:R feedback, an another obliquely onanistic theme tugs at the heartstrings in the return of Andy's Quiz. 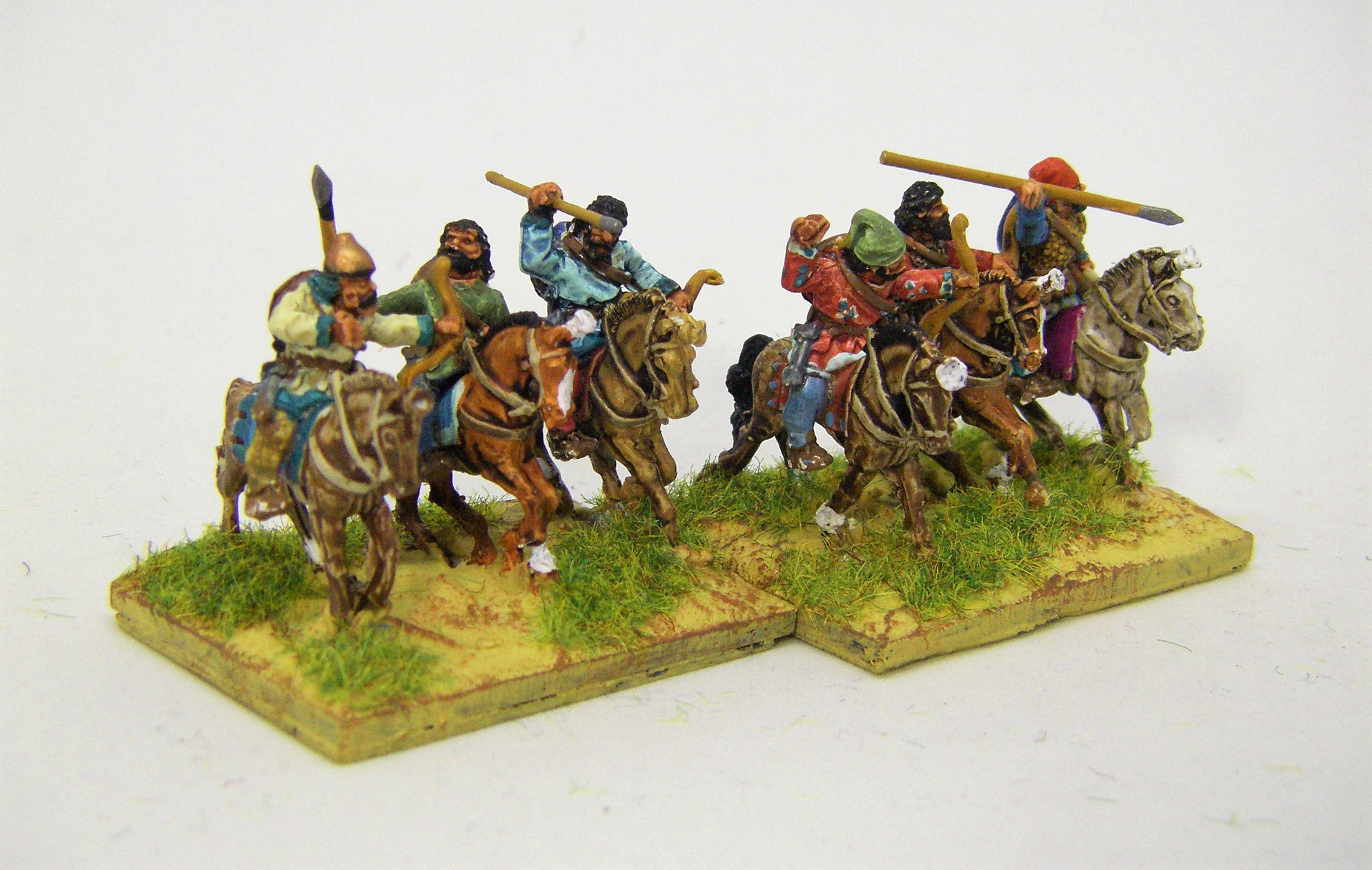 The latest in Madaxeman.com's regular L'Art de la Guerre Army List Building Podcast series focuses on another matched pair of historical foes - this time the Bulgars and the Byzantines.

The Bulgars were both enemies and allies of Byzantium in the near-ceaseless wars and feuds which swept across the Balkans in the period from roughly 600-1100AD.  In this Army List Building Podcast we look at both the Bulgar and the Nikeforian Byzantine army lists, and myself, Dave and Richard put forward three very different approaches to constructing, deploying and then using each of these lists to create varied and viable L'Art de La Guerre V3 army lists based on the historical forces of each of these military powers.

As usual we also cover a brief bit of the history of these two competing empires, and chat about how to go about your figure purchases to help you on your way to successfully adding either (or both) of these two armies to your own collection.

This podcast is also available on YouTube, with loads of pictures of relevant figures.

All of the lists featured in the Podcast are also available on the ADLG Wiki on Madaxeman.com

You can also search for suitable figures on the 15mm Gallery on Madaxeman.com

Episode 70 - The Oprah Winfrey of War

In this week's 70th episode (and the 8th week of 2021's Lockdown) the team manages to hang on for almost two very solid hours indeed of chat, banter and lead-based quasi-entertainment without anyone storming off set at all (although to be fair we have no official weatherman on the team).

Making a fast start with an electrifying discussion on how best to wire an shock-giving glow-in-the-dark rat wheel we move seamlessly onto a segment about the fraught subject of mast erection glue strategies in which Warlord Games somewhat unusual Victory at Sea ship-basing conventions are critiqued and compared to wake-less alternatives.

The Biblical era then gets a proper look in as we debate whether there are really only 3 different biblical armies, and how easily can they be morphed into one another - and if it's possible to successfully ship the right lead for any or all of them in from the USA post-Brexit. Inevitably both Vic Reeves and Bob Marley both pop up here, as someone mentions the Uratu and Uvavu Dynasties in a segway to much Biblical Dub Reggae goodness.

Baccus 6mm (is that a scale...? Ed) American Civil War figures are then drooled over, as we all carefully consider whether The Band's Robbie Robertson was actually the prototype for one of the more hirsute Baccus ACW General figures.

Then things go a little off the rails as we all have a long run up at pronouncing "Tlaxcallan" and consider whether buying an Aztec or Inca army is something any wargamer simply needs to do before they die (and whether it's possible to do so for less than the price of a new car).

With three purchasers around the microphone we also have an initial shufti at the new "O-Group" rules and cough up some first-look feedback on what seems to be (so far) a promising development in WW2 battallion-level gaming.

The episode then moves into full steam ahead mode as Adam yet again returns to the chair in I'm Sorry I Think You're An Arse to put forth his latest theories on why anyone who says "the hobby is greying, we need to do something about it" actually needs to get right back in their box (ideally quite quickly, as otherwise Adam may assist them in an overly proactive manner).

Finally we of course round things off with a happy ending in Andy's Quiz as, paying tribute to another podcast's frequent and enthusiastic one-handed embrace of a ruleset-specific onanistic double-entendre, Andy treats us all to a trio of questions on the carefully-enunciated subject of "Pulling Rank". 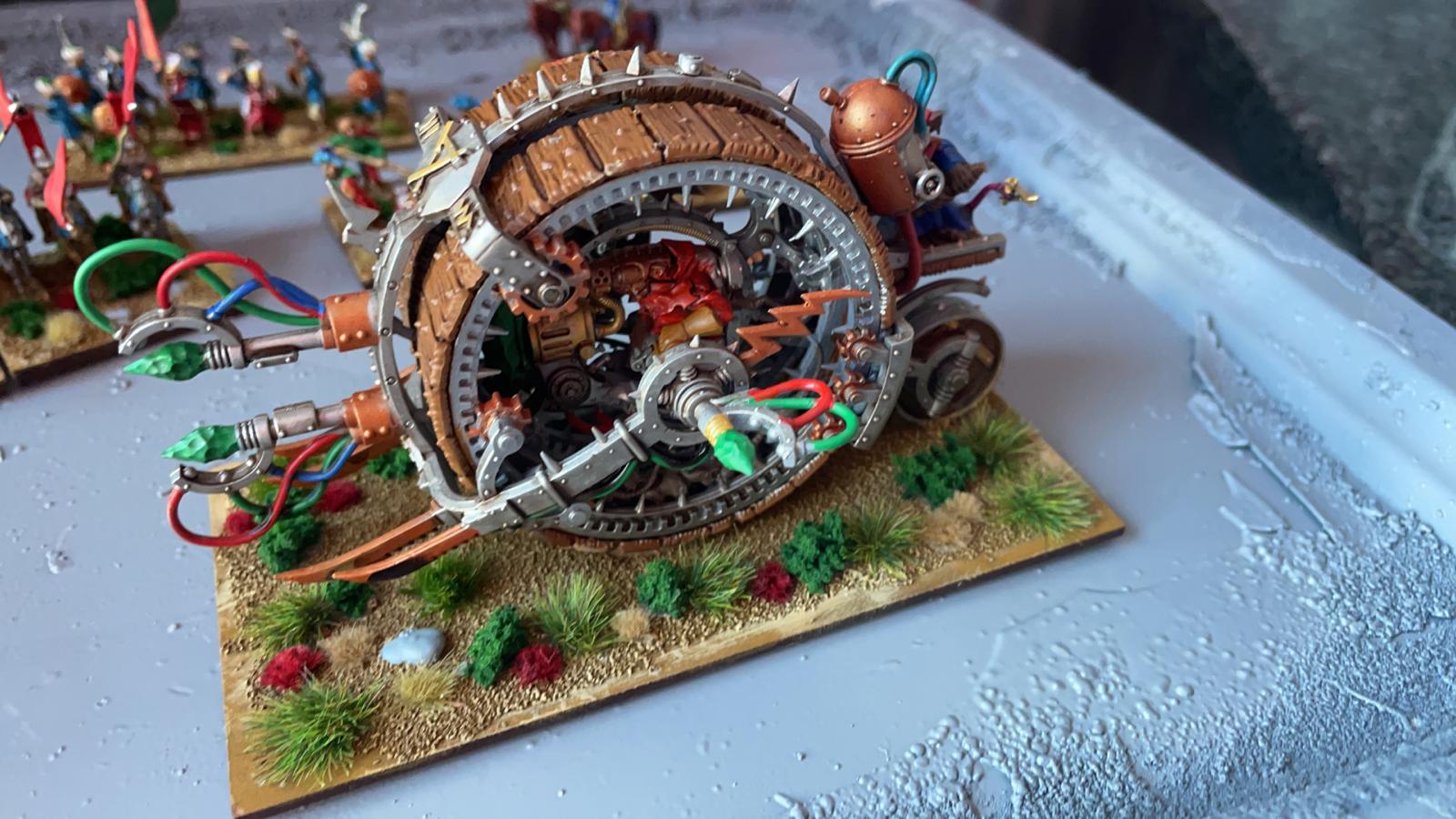 This week we hit the not-quite-70 mark with a whole slew of actual proper wargaming podcast-type content, including a discussion about how to cheat when painting tartan, Danish infantry coat colours, whether hobbits featured in the ACW, as well as a first look at the new O Group rules, a quick flirt with how to make money selling rats on eBay, what basing might look like in ADLG v4, the merits of waterslide vs LBMS transfers, and a chat about how big Victrix horses (and specifically their arses) actually are.

Normal service is resumed however when we get onto the topic of identifying suspicious badgers when they are in ambush, in a section in which Adam uses his newfound knowledge of honey badgers to make his pitch to replace David Attenborough in the BBC presenter roster. We also discuss gearing up for competitions again, how to buy cycle wheels succesfully, whether "Tirpitzness" is best as an adjective or an adverb, and how to paint eyes on small scale figures.

In our regular features this week I'm Sorry I Think You're an Arse features a fully motivated Adam as he approaches the delicate subject of "wargames figure scales" with much the same finesse as a WW2-vintage M16 quad 20mm AA half track brings to the art of making an omlette..

The aftermath then leaves Andy's Quiz somewhat floundering as a quivering wreck on the floor, with Andy barely capable of coming up with a subject matter for this week's question. Instead he simply mutters the gnomic phrase "Words" before sloping off back into his techno dungeon in the heart of the French undergound Le Disco scene once again. 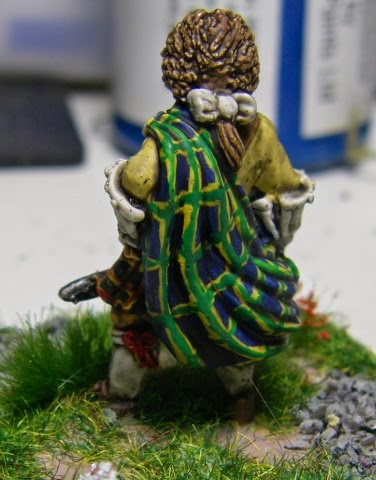